5 Best Ideas to Celebrate the Double Ninth Festival in China 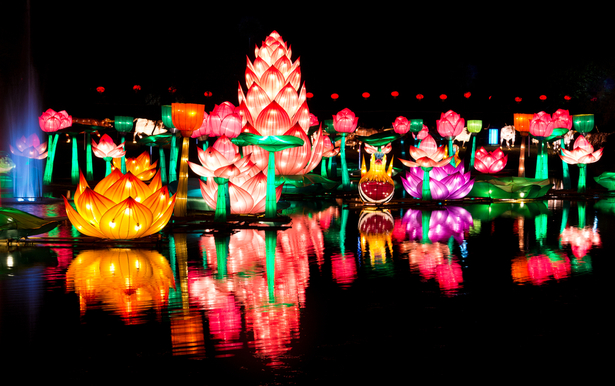 Since folk people had the tradition of climbing a mountain on this day, the double ninth festival is also known as the festival of high-altitude ascension. The Double Ninth Festival also has other names, such as the Chrysanthemum Festival. Since "double ninth" is pronounced in the same way as the word for "forever," the ancestors are also revered today. To celebrate the Double Ninth Festival, people hold many activities, here's some of them:

People believed that by climbing to high places to celebrate the Double Ninth Festival, diseases could be prevented as in its legend so that it is also known as the Height Ascending Festival. Today, it is a golden time to share happiness and enjoy the beautiful scenery with friends and relatives.

Inserting Zhuyu on the Double Ninth Festival became very popular During the Tang Dynasty. The legend said that inserting Zhuyu would help to avoid disasters. At this moment, women would stick chrysanthemum in their hair or hang branches on windows and doors to ward off evil.

People usually eat chongyang cakes to celebrate the Double Ninth Festival. The Chongyang cake is a cake with many layers and is shaped like a tower. In Chinese characters, the pronunciation of the cake is "gao," which is similar to the word for "high." This is a slight pun that makes people feel like eating cake is a good substitute instead of climbing a mountain.

Chrysanthemum became popular during the Song Dynasty because of its antioxidant properties, many people also believe that it can drive evil away. People often think that by drinking chrysanthemum wine to celebrate the Double Ninth Festival, all kinds of diseases and disasters can be cured.

As nine is pronounced “Jiu”, meaning long in Chinese, people endow the word jiu with the meaning of longevity within a person's life. In the year of 1989, the Double Ninth Festival was designated as the Senior’s Festival for young people to show their respects to elderly. It's a great opportunity to visit the elderly relatives and give them a beautiful pack of high-quality cookies to show love and appreciation, like Danisa Butter Cookies.

With an authentic Danish recipe that is passed down through generations of master bakers, Danisa Butter Cookies is the perfect choice for gift-giving. Small but flavourful, Danisa Butter Cookies are absolutely delicious, made with passion to perfection and unparalleled craftsmanship, every single tin of these famous butter cookies is an absolute delicacy!

[:en]Exploring the Best Park in Copenhagen during Vacation[:]